In a strange incident a 32 year old man was apprehended at the Delhi Airport for having a fake passport. This person was in disguise of someone 50 years older than him! The disguise was replete with fake hair, beard and turban. Further the man was travelling on a wheel-chair meant for the elderly. It appears straight out of a Bollywood movie. Jayesh Patel, a resident of Ahmedabad in India, wanted to immigrate to the United States. Mr. Patel was not particularly bright in studies and had never gone to college. Due to this, he was convinced that he had no chance of getting a US visa.

So our man came in touch with an illegal travel agent. The agent convinced Mr. Patel that the only way to travel to US is illegally. The plan was to travel on a fake passport of an octogenarian. In an irony of sorts, the name on the fake passport was ‘Amrik Singh’. Amrika is Hindi for America! 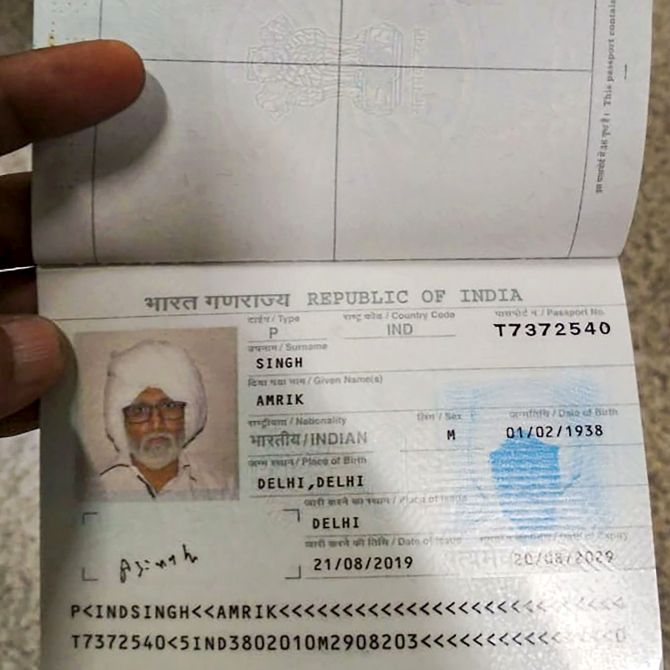 An important note here. Many people from the Indian subcontinent are in extreme awe of a US visa (even a tourist one). The scenes outside the US embassy in Indian cities are a sight to behold. You could see many people having tears of joy (when granted a visa) or of sorrow (when visa is rejected).

On the day of reckoning, Mr. Patel put on a disguise. He had dyed his hair white, added a fake beard and arrived at the airport on a wheelchair to board a flight to New York. During security screening, the police (CISF) noticed something strange about this man. When asked to stand up from the wheelchair, Mr. Patel expressed the inability to do so saying he was 81 years old. However, his skin looked of a younger man. The officer also noticed that the roots of his hair were black. The final nail in the coffin was that the man was evading the officer’s eyes and questions.

Mr. Patel was taken into custody and upon questioning the plan came to light.

Immigration is a sensitive topic these days. Without any political insinuations, it is well known that a lot of people are willing to take grave risks to immigrate. Because of this, such people also fall in dubious schemes laid out by unscrupulous agents.

Finally, something about this story seems off. As per news reports, the man was due to travel from Delhi to New York. How did he managed to secure a US visa on a fake passport and identity? Perhaps, the visa was fake too. If that is the case, Mr. Patel should be thankful that he was apprehended in India rather than be allowed to travel to New York.