This took a long time coming. But better late than never, at least for Boeing.

As you may know, Dubai AirShow 2019 is on and many airlines have placed aircraft orders. This year was looking bleak for Boeing, largely due to the 737 Max catastrophe. There were a few orders, but this has to be the most substantial (one more day to go for Dubai AirShow). Emirates has confirmed the order for 30 Boeing 787 Dreamliners at a list price of $8.8 billion.

Emirates was always known for the massive Airbus 380s it deploys on a lot of routes. However, recently it had shifted focus towards Boeing 777s. Earlier this year, Emirates had substantially reduced the A380 orders and replaced them with the smaller A350 and A330s.

In 2017, Emirates had entered into an understanding with Boeing to purchase 40 B787-10 Dreamliners for delivery in 2022. However, as per my understanding, a formal agreement was never signed. In fact, if you look at the last annual report by Emirates, the order book is as follows 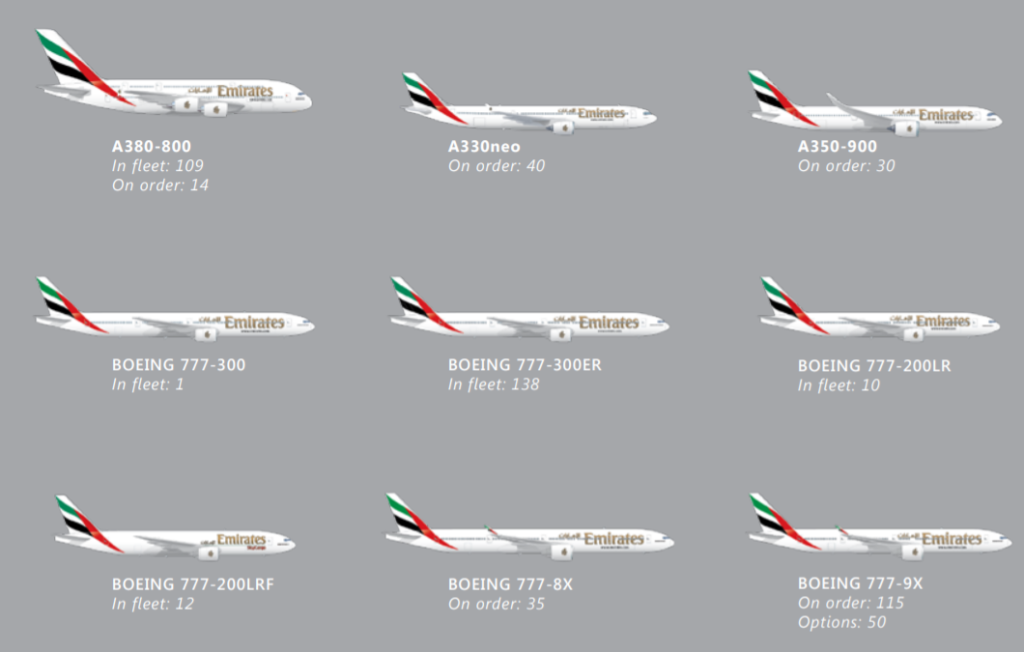 In other words, no mention of Dreamliner.

Further, Tim Clark has been critical of Boeing (as well as Airbus) recently.

“We would be foolish to start adjusting or coming up with new contracts until we are absolutely sure these aircraft are going to do what they said they were going to do.”

“I think propulsion is an issue for us, and I’m a little bit irritated… I say you give us airframes and engines that work from day one. If you can’t do it, don’t produce them.”

Even on the second day of Dubai AirShow, Tim Clark had remarked on the B777x

“We need to be absolutely sure that as she comes together, as she starts flying, everything is done in a manner that it should be done,” Clark said of the 777

“I want one aircraft to go through hell on Earth basically to make sure it all works.”

It was rumored before and now there is a good chance of this happening. Emirates seems to like the Boeing 777x but is not sure of when the aircraft will be ready to fly. Certainly, Boeing will not be able to survive another disaster like 737Max and Emirates would have none of it.

As per the current statements and news articles, these are the deal contours:

How Does Emirates Orderbook Look at the end of 2019?

Therefore, the expected orderbook of Emirates after AirShow 2019 is